If metrics like lines of code or code coverage are widely known by the software development community, measuring the joy of a software development team is certainly something more rarely discussed. In this article, Doc Norton proposes a simple way to asses the happiness of your software developers using the quality of your existing code. With this, you can lower your Scrum team turnover and get hints for refactoring needs.

A few years ago, I was working with a client who had started an initiative around Joy at work. They had devised a short survey which was sent to employees on regular intervals with the intent of measuring their levels of joy at work. The response rate was relatively low company wide, but it was abysmal in software engineering. From feeling disrupted, to thinking the questions were not relevant to work, to a sense that nobody was doing anything with the data anyway, there were numerous reasons given for why people were not responding to the surveys.

Most of the metrics we were gathering from the software teams were relatively passive. They were measures of the flow of work such as lead time and cycle time or measures of the output itself through static analysis. Basically, developers went about their normal day and measures were taken without any disruption to their normal routines. Our team joy measures, however, were a disruption. They didn’t fit into the flow of a normal day. 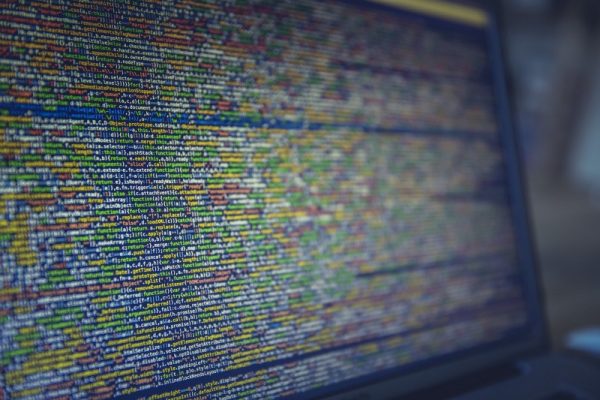 We thought we might be able to get an increase in participation if we figured out a way to work the survey into their flow of work. I had seen this already with things like time tracking where we used a piece of software that kicked off automated tests every time a file was saved to update a log. Developers then used that log data to help them fill out timesheets.

But what to do for measuring employee joy in a passive way? After some discussion, we decided to try something very simple. All the software source code was managed in a version control system known as git. The idea behind git and other version control software is to allow developers to manage changes to shared source code on a team; to control what changes are approved and make it into a final version and to be able to revert the code easily to a prior working version if something goes wrong. Every time a developer submits a change to the source code they check it into the source code management tool for consideration as a formal change. Every check-in includes some note to indicate what the change is for, be it adding a new feature or fixing a defect.

Git, the source code management tool, is a piece of software written for developers by developers. As such, it has a relatively simple way of adding new functionality to it. We updated it so that it could interpret the messages developers included in every check-in. For these teams, they already had a policy of including a work order number at the start of every check-in message. This made it easy to track the change request the work was related to. A typical check-in message looked something like:

The first bit before the hyphen is the work order number. The rest is a quick description of the work itself.

In this check-in message, we can see that the developer found the code relatively easy to work in, but didn’t feel it was the highest quality the team was capable of.
Our theory was that given developers spend their days writing code, their opinion of the code itself might serve as a proxy for their joy or satisfaction at work. Spend many days in code you think is hard to read and breaks to easily, and you are probably not enjoying the work all that much. The code itself gets in the way and impedes you from working on the problem at hand. On the other hand, if the majority of your time as a developer is spent in code that is easy to read and change, you are better able to focus on solving the problem at hand and are likely to enjoy the work more.

Comparing check-in scores with data from one-on-one meetings, we saw a positive correlation between the scores and employees expressions of joy or frustration with their work. Over time, we saw correlations between scores and employee mobility or exit rates. And quite valuably, we saw developer joy as a bit of a leading indicator. If joy scores were trending down, within a few weeks we almost always saw an increase in escaped defects, a hit to throughput, or some other indication of challenges on the team. If joy took a dip, it would be best to talk about it in retrospectives and see if we could get to the root cause. In a lot of cases, explicitly making the cleanup of the code in question a work item not only improved joy, but it improved many code quality metrics.

Doc Norton, co-founder of OnBelay, is passionate about working with teams to improve delivery and building great organizations. Working with a wide range of companies from start-ups to Fortune 100, Doc has applied tenants of agile, lean, systems thinking, and servant leadership to develop highly effective cultures and drastically improve their ability to deliver valuable software and products. A Pluralsight Author, Clean Coders contributor, frequent blogger, international keynote speaker and coach, in his spare time, Doc has been working on his latest book, Escape Velocity: Better Metrics for Agile Teams. You can find his book on LeanPub at www.leanpub.com/EscapeVelocity