If we have always to remember that it is more important to be Agile than to do Agile, there are still many organizations practicing Scrum in a “cargo cult” mode. In this article, Mark Haynes describes, with a facetious bias, some of the common anti-patterns of Scrum Masters.

So first let me say that this isn’t about you. I know you’re on the true and righteous path of agility. You are a true disciple of Scrum. This is about all those other reprobates. Since they probably won’t listen to good advice? How about some bad advice? You know you’re going to do it anyway. 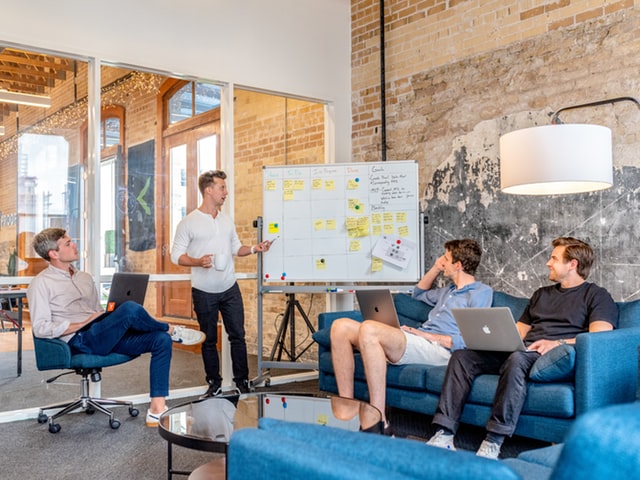 Anti-pattern 1: I am the King of Scrum

Ignore your security and become a martyr to the holy cause of agility. Complain loudly, vigorously, and as often as possible to your management that they are doing Scrum incorrectly. Management will eventually appreciate and reward you for your efforts, especially if you do this publicly. Get management to contritely retract a decision and admit their failures. Don’t worry about the cost, or how much time it consumed. Maybe that didn’t work out so well. Sheesh, what did you expect from that frigging neanderthal who hired you? Just focus on your team and make them do it the right way, regardless of published policies or management dictates. OK, so a few team members objected, because the little toadies toed the party line, especially after that public announcement by the VP on corporate policy. It doesn’t mean one last try won’t work.

All shall love me and despair! Be hypercritical of your team. Love hurts. Deal with it! Be sure to shoot down any idea not your own. You can always harvest them later on as your own. Channel conversations to your favorites, or at least those who speak the most. If they are loud and arrogant, they must have something to say. The others will appreciate you giving them one more opportunity to dominate the conversation. Pay no attention to that mousy little analyst in the corner, until she explodes in frustration with a ranting email to her Director.

Anti-pattern 3: A Project Manager In Disguise

Make sure you interrogate every team member on when they will be finished with their User Stories. After all, the Daily Scrum is the same as a Daily Status Meeting. Impediments are no excuse; a commitment is a commitment after all. Be sure to collect statistics on each team member about their Sprint Story Point counts or how much they diverged from their estimated vs actual. After all, it is all about transparency. Every initiative the team takes must first be approved by their manager. Of course, there may be a Development Manager, a QA Manager, and various managers for the Stakeholders. The majority rules so that most likely means the Development Manager. Don’t worry, the others will just fall in line. In the past, development teams have always been in total harmony with Quality Assurance and the User Community, anyway.

Anti-pattern 4: It is All About Me

Who is the smartest person in the room, why that would be you, of course? Remember, the Ceremonies are for you to talk and for them to listen. Everyone has opinions, that is why yours is the most important one. Who is the alpha dog here, anyway? When discussing your team’s accomplishments always refer to them in the first person, instead of saying “My team”, always say I. They will know what you mean. Have you wondered why your team just doesn’t respect you for your charm, humility, and the fact that you are a virtual suppository of wisdom? You think all those troglodytes would appreciate you for the visionary that you truly are.

Anti-pattern 5: Who is the impediment?

By definition, the Scrum Master can’t be the impediment. That is why, when you assign all the Action Items to yourself, it doesn’t matter when they get done. Who else would you trust to do them correctly, anyway? What about all those pesky issues that are holding up your team? The dashboard showing all those beautiful performance metrics takes precedence, doesn’t it?

Anti-pattern 6: Creativity Will Be Channeled Through Structured Design

Since we Story Point and estimate every User Story, let’s do that for every task. Now, we can fine-tune our estimates and build a Work Breakdown Structure with pretty Gantt charts. While we are at it, why not just dictate a standard set of tasks for every User Story? You know Scrum is just a mini-Waterfall. Let’s tune our Agile task management tool to have phases for Design, Development, and Testing. We have a set of Command Control, and Legacy Central groups that specify everything from Release Dates to approved changes. I fought the law and the law won, but at least I fought the good fight against overwhelming odds. OK, maybe you can’t change those things, but are they open to an honest discussion? Do they need all 15 approvals on that legacy document? How about only 3 and make the rest reviewers? Sorry, that was a compromise, so don’t mistake it for bad advice.

Anti-pattern 7: Everything is a Teachable Moment.

This isn’t a job. It’s an adventure in learning. Remember to comment on every minor deviation of Scrum as a “Teachable Moment”. Your team will appreciate your efforts to enlighten them. Generally speaking, most people react well to a constant barrage of criticism about their performance. It motivates them to try harder. If that didn’t work out as you planned, yelling might help. If they still don’t appreciate it, maybe they’re just a bunch of ungrateful louts.

The Inevitable Result: So long and thanks for all the fish.

Good luck on that hill you decided to take your final stand on. Remember, they only award the Scrum Master “Above & Beyond” red badge of courage posthumously. Have fun storming the castle.

I am a renaissance man trapped in a specialist’s body. I started as a biologist and that’s why I became an IT guy. I love science, but it doesn’t pay the bills. I have been an IT professional for many years. I used to be a software developer with an elegant language for a more civilized age. I became a Quality Assurance guy because it’s better to give than receive. I have been a process improvement specialist because it’s easier to negotiate with a terrorist than a Methodologist. But lately, I’ve been working as a Scrum Master and Agile Coach. I have drunk the Kool-Aid and it tastes good. Agile is a philosophy, not a methodology. In interviews, people often ask how long you’ve been Agile. My answer is always. I just didn’t know what it was called before.